Home / Why is everyone talking about MIMO?

Why is everyone talking about MIMO?

Why is everyone talking about MIMO?

It’s a word which is popping up everywhere as part of the 5G rollout – but what is MIMO and why is it applicable to utilities?

Let’s take a scenario where your company plans to spend tens of millions of dollars rolling out a wireless communications network to modernize grid operations.  The new network not only needs to support today’s grid applications but also provide some headroom for the development of undefined applications in the future.

MIMO (Multiple Input Multiple Output) is a form of advanced communication technology that all of today’s high capacity systems (e.g. 5G, 4G, WiFi) are incorporating due to its ability to instantly increase the networks data rates by 2x or more.  In addition, MIMO boosts efficiency resulting in increased coverage performance.

How does MIMO work?

MIMO achieves the above benefits by using multiple transmitters, multiple receivers to send and receive multiple signals simultaneously.  Given all if it’s benefits, MIMO has rapidly become a base level requirement for any radio technology in a world clamoring for more data, faster.

The key benefits of MIMO include: 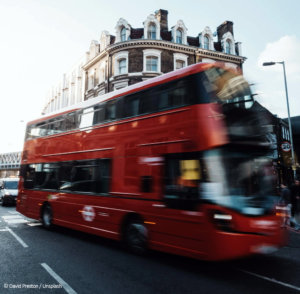 Simply put, the more transmitters and receivers you use, the more data you can transfer at once.  Traditional radio systems that are based on using a single transmitter & a single receiver are referred to as SISO (single input, single ouput) systems.  Using MIMO based technology increases the number of signals transmitted, resulting in faster download and upload speeds.  It’s like upgrading to a double decker bus on a busy bus route in order to fit more passengers on board.

Changing up from a traditional single transmitter/receiver (SISO) system to a MIMO system with 2 transmitters and 2 receivers instantly doubles your over-the-air data rates, giving you the support for today’s applications plus extra capacity to support future applications. 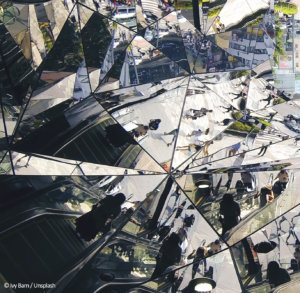 MIMO makes good use of a wireless propagation phenomenon called multipath to boost coverage performance.  Multipath occurs when wireless signals bounce off objects such as buildings, trees, cars – causing the signals to arrive at the receiver at different times.  In a conventional SISO system, when a signal and a reflected signal arrive at the receiver at different times, they become destructive as they destroy bits and pieces of each other – making it difficult for the receiver to decode.

With spectrum being both costly and scarce, it becomes critically important to maximize what you can achieve within your spectrum allocation.   This is another reason why MIMO is being incorporated into new communications technology – a MIMO system with 2 transmitters and 2 receivers requires half the spectrum of a SISO based system to provide the same data performance.

Looking into the future, once a SISO system reaches its capacity, new spectrum and a second communications system would be required to handle any additional traffic.  Given that spectrum is a scarce resource, finding a second frequency band would be incredibly challenging, if not impossible.  Compounding matters, acquiring spectrum for a service territory can cost as much as, or even more than, the communication system itself.

A better approach when investing in spectrum (while it is still relatively affordable) would be to invest in a MIMO-based system to get the most out of the spectrum.  This would both improve the overall total cost of ownership of the system and the return on investment by maximizing the data throughput of the system from the outset.

Mimomax recognized the importance of MIMO technology more than ten years ago and have incorporated 2×2 MIMO (2 transmitters & 2 receivers) into each of our Tornado radios.  Combining MIMO with full duplex communications and high order, QAM256 modulation results in high data capacity enabling our customers to run more applications over the same network, using fewer channels.  Allowing extra headroom to support future expansion, our narrowband radio solutions, have been designed to ensure utilities can meet their grid modernization objectives.

Find out more about our MIMO Tornado radios here.  Or read about how Salt River Project and Great River Energy are using our MIMO-based solution for their communications networks.